16th Mar marked a special event to celebrate VTI’s 25th year anniversary with more than 500 customers, invited guests and staff participating in a themed dinner party - "Dream Bigger – Go Further”. During the party, the successful business journey of VTI in the last 25 years was reviewed emotionally and inspiringly with a lot of memory sharing and entertaining activities which guests enjoyed and highly appreciated. 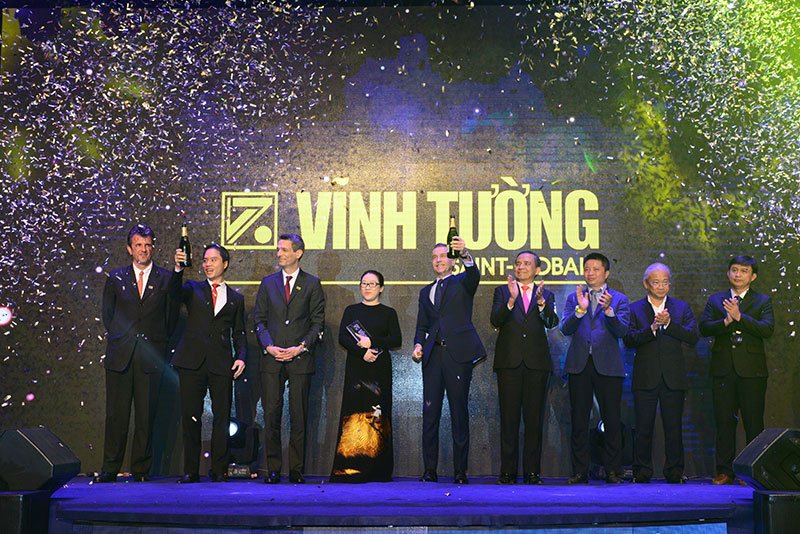 On this occasion, it was an honor to welcome Mr. Mr. BernoitBazin - President of Construction Products Sector and Mr. Javier Gimeno - General Delegate of Asia Pacific to join the event. Moreover, Vinh Tuong was officially announced to be part of Saint-Gobain family and launched its new logo with Saint-Gobain endorsement. 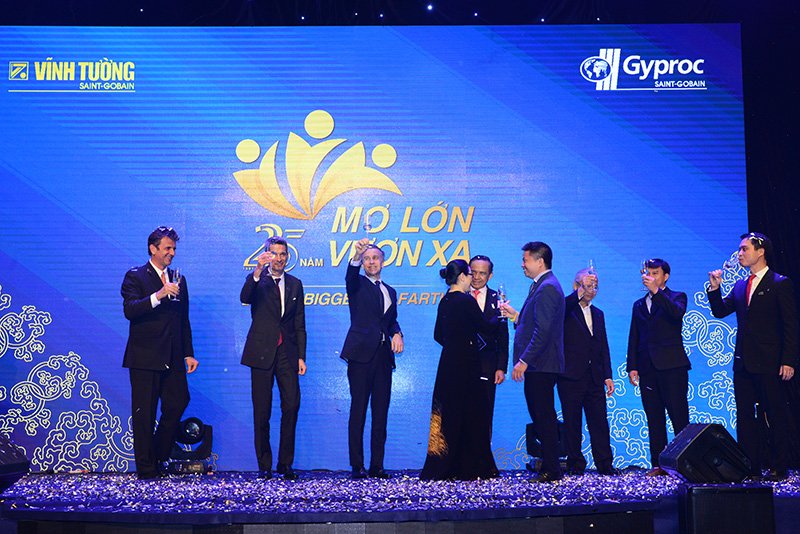 Mr. Javier Gimeno - General Delegate of Asia Pacific said he was thrilled by the business achievements of Vinh Tuong for the last 25 years and hope that Vinh Tuong will bring new fresh passion into the innovative culture of Saint-Gobain. Mr. BernoitBazin also affirmed that Saint-Gobain is committed to invest in the two brands Vinh Tuong and Gyproc for a long term presence of the group in Vietnam.